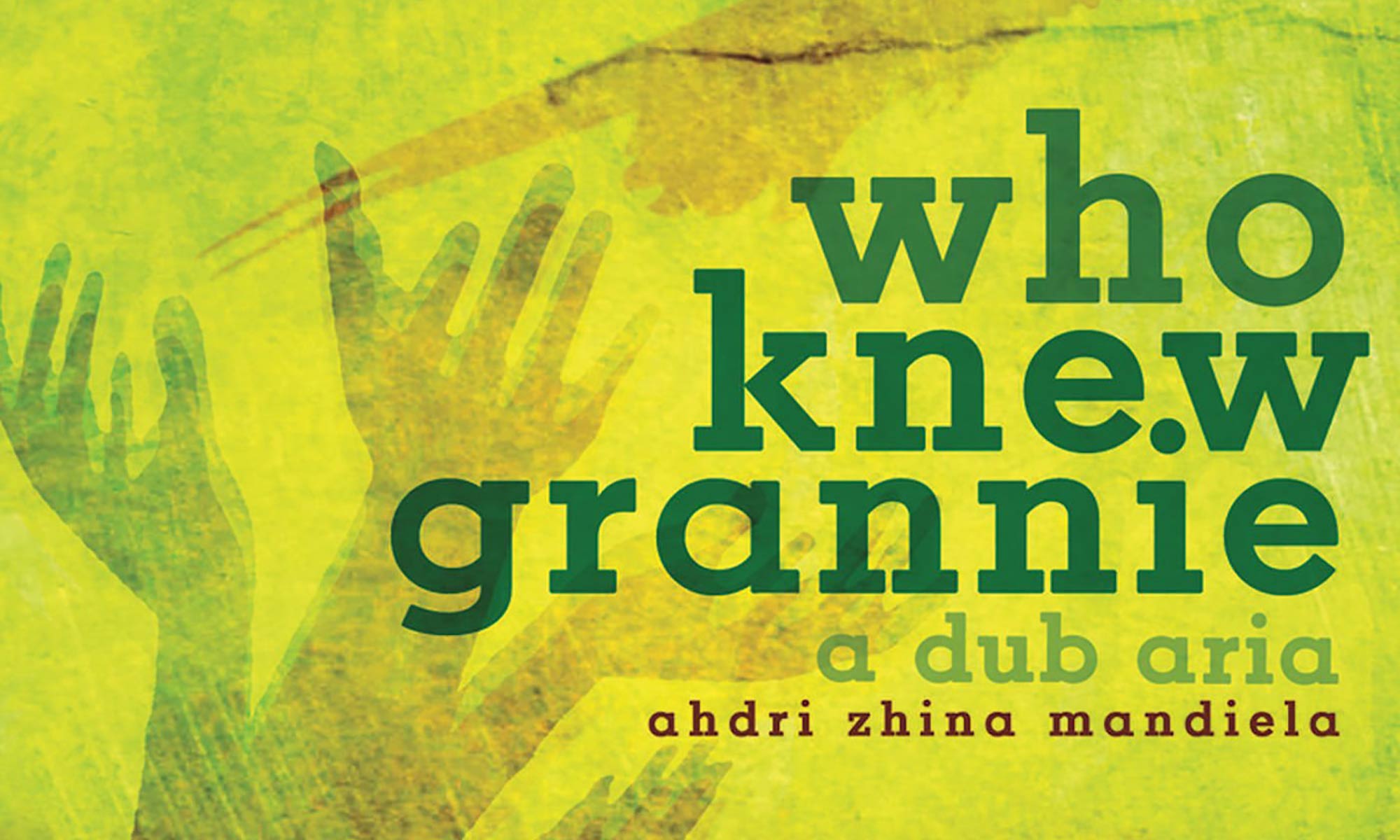 “u can’t run/run/run from the roots u need to redeem for a future”
from who knew grannie: a dub aria

i walk in the world as a poet, working most often as a theatre director, and living as a self-professed foodie!

my early career involved writing, readings, performances, lectures, and workshops across north america, the caribbean, england, and in australia. later i immersed myself in theatre as upstart founder/artistic director of b current performing arts which is still growing strong in toronto, canada! while leading b current as artistic director i created the popular and much buzzed rock.paper.sistahz festival, ran the prestigious rAiz’n the sun training for emerging artists, nurtured at least two new generation of artists of colour cross-canada, introduced dub Theatre to the world and laid ground for a lot of the non-traditional ways many canadian artists now create theatre plays.

i have three published books (speshal rikwes, dark diaspora… in dub, who knew grannie: a dub aria), film and videos screened and broadcasted worldwide, international sales of my audio cds and cassettes (first&last, barefoot&black, step.into my head), created dance choreographies, and written a few stage plays. a lot of my theatre work centred around directing & dramaturging premieres of seminal plays for different companies. some of the notable and popular works include big yard, cast iron, dark diaspora… in dub, el numero uno, fallen angel & the devil concubine, a midsummer night’s dream for toronto’s dream in high park, obeah opera, smile orange, steal away home, tightrope time, who knew grannie, wise.woman, and dream catchers for confederation centre of the arts in prince edward island, canada. in addition, my groundbreaking documentary film, on/black/stage/women (released in 1997), exposed the uncharted contributions of well-known and more obscure black women in theatre from the 60’s into turn of the century.

much of my work within the canadian arts scene has been supported by arts council grants and a chalmers arts fellowship; several awards and prizes including being a finalist for the ontario premier’s awards for excellence in the arts in 2009, and winner of the victor martyn lynch-staunton cash prize in 2007. i have also been named #1 artist of 2005 by now magazine, toronto, awarded a dora silver ticket for lifetime contribution in theatre, given different ‘best of’ nods, and some of the most heart-felt and profound thank you’s from a huge community and audience following internationally!

these days you may find me in different parts of the world living and working and engaging a few artistic projects. my current push includes developing a large-scale multi-arts project titled: my world.a village (in collaboration with international festival venues, and tobago’s culture & tourism), a new playscript called fly with factory theatre in toronto, amassing support for different artistic voices via black stage canada, and leading student artists in collective creation at the national theatre school in montreal, quebec. and i still direct and consult as an eye for hire!

on any given: you can catch me creating cooked and/or raw culinary delights in my bush couture fashion and ensuring my carbon footprint is at a minimum.

check out the drop down menu for more about my projects…

what does representing canada amidst a gathering of artists from caribbean/caricom states mean?

bountiful barbados, 47 and free/feeling still, like a new country…

thinking about growing up in toronto and leaving… oakwood village